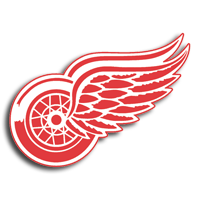 I don't have the individual team sheets ready for today but I'll start distributing them throughout the day.

I'm a couple days behind on adding/removing players to your rosters on the database so your count might be off.

You can still see your current roster (and contract count) here:
https://docs.google.com/spreadsheets/d/ ... sp=sharing


I finished setting up the new sheets late last night and I'm starting to copy and create the books for each of you. I'll reach out to some of you if I don't have an e-mail account to share your sheets to.
DETROIT RED WINGS | ROSTER | FANTRAX
Top

If you need any review on what to do, look at last year's thread:

If a drafted player from the waiver draft is not claimed is he fair game at 12?

Sensfanjosh wroteCOLONIf a drafted player from the waiver draft is not claimed is he fair game at 12?


No, teams have until roster submission to claim those guys.

I'll send out warnings to teams this week as to who they are missing players on Fantrax. If they don't claim those guys by October 4, they lose their rights.
DETROIT RED WINGS | ROSTER | FANTRAX
Top
BUTTON_POST_REPLY
125 posts